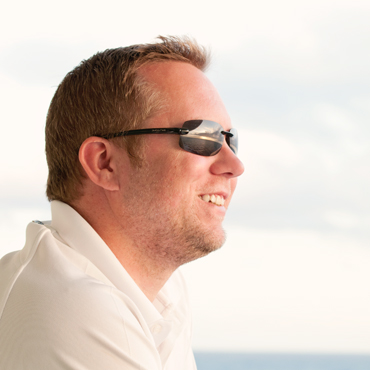 Mr. Parks has been working in web-based software since 1997, when he was a perl and TCL developer for Genesis Real World--a Houston-based Ad Agency during the 90s. After a brief stint with ASP Classic, Mr. Parks served as Head ColdFusion Developer for APQC and HAR - Houston Association of Realtors before founding Adept Developer in 2002.

Adept Developer started with just Mr. Parks working from home for a few years. Business picked up quickly and has been steady for over a decade. Adept Developer now offices in Midtown in Houston, Texas.

Outside of the office and the geeky world of programming, Steve is an avid sports fan. He played Varsity Basketball and Volleyball in Highschool and plays in competetive billiard leagues and tournaments. He enjoys golf as well.

Steve loves the Caribbean and sailing. He is fond of California Wine Country and he's been accused of being a wine snob a couple times.

Steve is a huge concert-goer. He loves alternative rock and grunge music. He's at House of Blues at least once a month. Don't play ABBA around him though. Just don't.

Steve had a subdural hemotoma in 1995 which forced him to take time off from his job in the grocery store and bakery. During this time, he not only mastered Doom II online but also learned how to program by writing scripts for the then-popular mIRC client. A year later, he was hired as a full time programmer.

As a programmer, Steve is always coming up with neat ways of tackling everyday home issues. One of these days, he'll surely decide to release a commerical product for one of his various hobbies.